Billie Mercer is a wonderful photographer in San Miguel and her blog shows you what matters to her.

And the difference between a great photographer and a not so great one is not that hard to figure out.

This was one of the most downloaded pictures from Flickr over the last seven days. 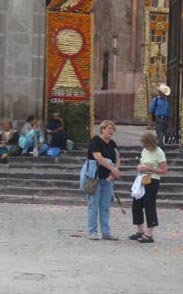 Now, twenty one years later when Stephanie goes through her late Aunt Doris’ pictures she will find this picture from Doris’ trip to San Miguel with the girls in 2009.

But Doris won’t be in it.

In fact Stephanie won’t have a clue who these long gone Girls are nor will she know that Doris took the picture.

But imagine if she had this picture of Aunt Doris and the Girls in San Miguel in 2009.

Or even better, what if she just had one of Aunt Doris the Photographer and no Long Gone Girls. 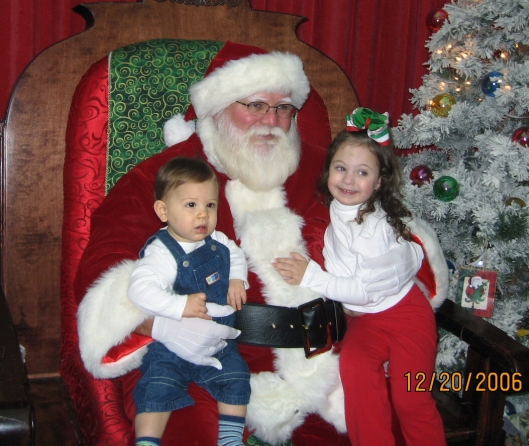 So the Photography Gang has decided to add a new feature to a visit to San Miguel. Everyone has one of these pictures of themselves or their children or their grand children. They are one of those rite of passage photographs that complete someone’s life and would never be tossed nor matter how unattractive the children are.

When you visit San Miguel you will receive a Photo of yourself taking a Photo.  It is quite brilliant.

Try to find a picture of Billie Mercer on her Blog. 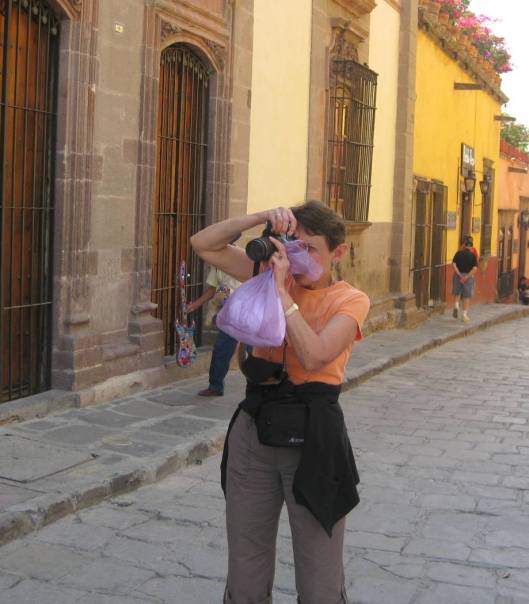 5 thoughts on “Photographing the Photographers”