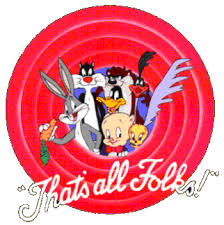 A very well known Academy-award winning Hollywood actress is coming to visit San Miguel. She will be staying outside of town at a hacienda so she can rest and get a break from her stressful schedule. We are good friends and I will be showing her around the city. She is instantly recognizable. I’ve told her that people here are sophisticated and will not bother her for autographs or try to talk with her while we are out having dinner or sightseeing. She needs to relax and I told her she could do that here in SMA. I am writing this to let people know she will be here and to ask that you please respect her privacy.

That all folks, for now.

San Miguel was taking up more and more of my life and with that came the cost that I was losing my life in Toronto. It is hard to balance living in two places but my real life is in Toronto.

I have 67 posts left that I could still do but there is a time when you say “Enough” and give up something that has been a lot of fun.

I have been doing the blog for almost three years.  There were 407 posts, 1056 comments and 278,000 hits and along the way I met some wonderful people through this blog and in particular some wonderful bloggers (Michael, Jennifer, Elliott, Babs, Billie, Todd and Deb) and read some great blogs about Mexico.  It is hard to stop but I want to be like Mary Tyler Moore and leave the show while it is still good.

This is a book is about an expat who lived in San Miguel,  didn’t wear rugs nor do all the silly things I write about in my blog.  He actually spent time getting to know the people who live in San Miguel – the ‘real’ sanmiguelense.

Secondly it is about a part of San Miguel that I had seen from afar,  heard about but had never experienced.  Most of the people in the book are wrestling with real issues and not pretending they are living in Paradise surrounded by infantilized  Mexicans.

Thirdly I laughed as I read parts, in particular the conejo story.

However this is not Guide Book about San Miguel.  It is about ‘real’ people who live there from the perspective on someone who ‘went native’.  He actually learned to speak Spanish and had Mexican girlfriends.

What I found the most interesting is that Rick was as lost in San Miguel as all those souls who come to San Miguel to find meaning but that he found it in a different way.  He didn’t decorate, or take up art, or play golf or become a social slut, however he did find something.

This book is a must read for anyone who wants to know about the ‘real’ San Miguel and not the San Miguel created by those who wear rugs, live in big houses and hire the ‘real’ people.

or get  it on Amazon

Entrepreneurs either have a product they have created and look for a market that needs that product or see an opportunity and find a product for that market.

There is a river that flows through San Miguel. Most of us called it the Stinky River.

One business person didn’t see a Stinky River but an opportunity.

Put it in a bottle and sell it as either an Elixir of Youth or an new Organic Product.

Canadians and Americans are often confused by Australians and Brits.  We sound the same.

But there are three differences

When I saw the license plate I said.

I use American spelling on this blog as I don’t want people to have to grab a dictionary, Eh!

The Hobo is a powerful image.

Is this a San Miguel Hobo?

Found an interesting article on Cultural Appropriation that seems to apply to San Miguel but not sure how?  (Heavy sarcasm)

A common sort of cultural appropriation is the adoption of the iconography of another culture. Obvious examples include tattoos of Hindu gods, Polynesian tribal iconography, Chinese characters, or Celtic bands worn by people who have no interest in, or understanding of, their original cultural significance. When these artifacts are regarded as objects that merely “look cool“, or when they are mass produced cheaply as consumer kitsch, people who venerate and wish to preserve their indigenous cultural traditions may be offended. In Australia, Aboriginal artists have discussed an ‘authenticity brand’ to ensure consumers are aware of artworks claiming false Aboriginal significance.[4][5] The movement for such a measure gained momentum after the 1999 conviction of John O’Loughlin for the fraudulent sale of works described as Aboriginal but painted by non-indigenous artists.[6]

Other people feel that adopting things from other cultures is not necessarily harmful, especially when it is done in a conscious, thoughtful way. These supporters point out that culturalculturalcultural exchange has often been very beneficial historically, and that sharing artifacts between cultures can lead to interesting conversations and greater mutual understanding.

Cultural appropriation is the theft of icons, rituals, aesthetic standards, and behavior from one culture or subculture by another, generally by a “modern” culture from a “primitive” culture. This theft often occurs without any real understanding of why the original culture took part in these activities or the meanings behind these activities, coverting religion and spirituality into “meaningless” pop-culture. Some people have suggested rituals such as kavadi and O-Kee-Pa suspensions are callous cultural appropriation.

As a note, this article is not an attack or insult towards those with these mods. Simply it is to illustrate that these are sensitive issues, and if you’re going to borrow or even just draw inspiration from another culture, you should educate yourself thoroughly to avoid stepping on toes. 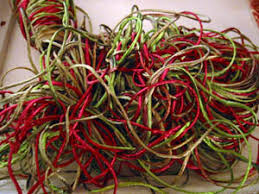 My great fear as a child is that some maiden aunt would knit something for me to wear. What she thought was cute was often something she would wear and not something an eight year old would wear.

So when that present from Aunt Leah would arrive in the mail it would be placed under the Christmas tree. Everyday I would look at it and hope it was not something she had knitted for me.

When I visited her I would have to wear said item. So I would often hope to see her yarns in a state such as this where it would be impossible to untangle the mess and knit me a scarf.

One day in the Jardin I looked up and images of Aunt Leah came to mind.

Someone had taken the tangled yarn and simply put it on her head.

At the moment, I was thankful Aunt Leah has passed on.

It is not just about the art you make but how you express your artistic self in non artistic ways. Every beginning artist want people to know by looking at them that they are an artist.

So careful attention is paid to what an artist wears.

So today, Joanie has decided to carry a purse that screams artist.